Super Crate box is an awesome single screen platfromer with tons of action and a unique scoring/game mechanic that differentiates it from other simular endless games! If you haven't had the chance to pick it up, you can find it on most any platform.

This was my first game with the guys from Vlambeer. It was a great experiment about taking the original low resolution designs and adding just enough details to keep everything interesting and memorable.

When they first asked me to reimagine the original art, I got far to carried away. I designed a detailed character that would have been a pain to animate and would have gotten lost in the action filled game. Followed by designs that were closer to the small 10x10 sprites drawn by Jan Willem.

But the these design just didn't have the right feel. After lot's of tweaking and editing we felt like we finaly found the solution.

We made sure all the colors read well and that everything had enough detail to feel real, but not too cluttered. For me, this was the perfect combination. And after seeing what the amazing Paul Veer did with his animations... Who knew such small pixels could feel so alive! 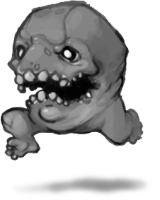 The enemies also went through a lot of itterations. They've gone from ghouls to zombies, little demons, mutants, nightmare creatures, etc. But we didnt want them to become too generic. The final designs focus mostly on being visually different then the main character, with a bit of scary thrown in. We tried not to explain everything, leaving it up to the player to fill in the gaps. Making it, in my humble opinion, an overall stronger concept. 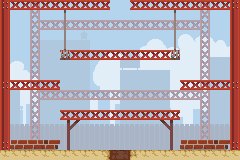 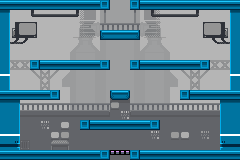 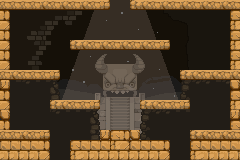