Whipseey and the Lost Atlas 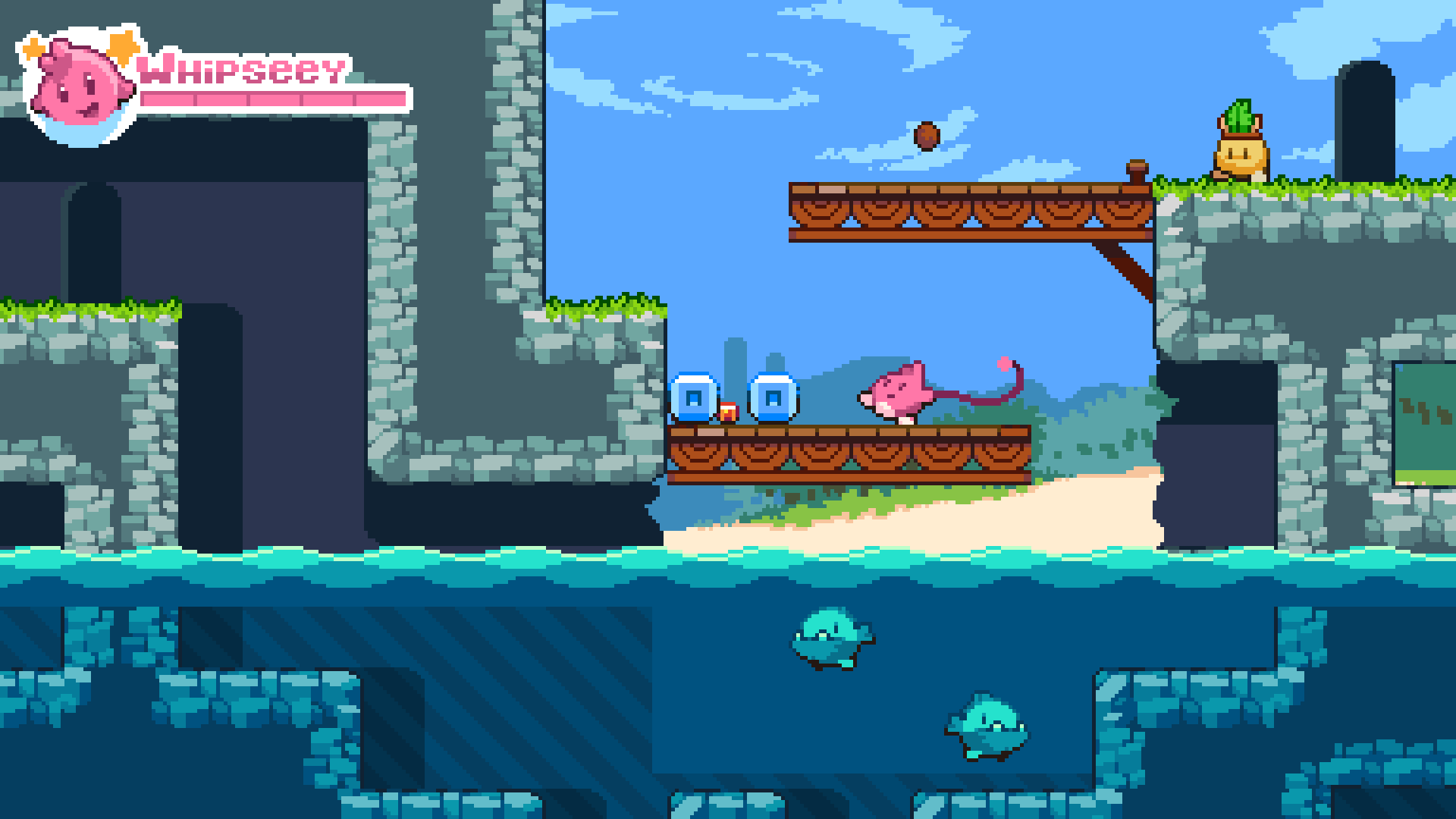 In Whipseey and The Lost Atlas you play as Alex, a young boy who's curiosity has landed him in a world of trouble. After finding himself lost in a strange world and being transformed into a magical creature named Whipseey, he must solve the mystery of the Lost Atlas to return to his original form and go back home.

Originally the project was going for more of a NES/8-bit style of graphics and I only came on board to help finish the project. But after some discussion we decided that a more modern pixel art interpetation would appeal to a larger audience. So I redid the entirety of the project in a colorful 16-bit style. 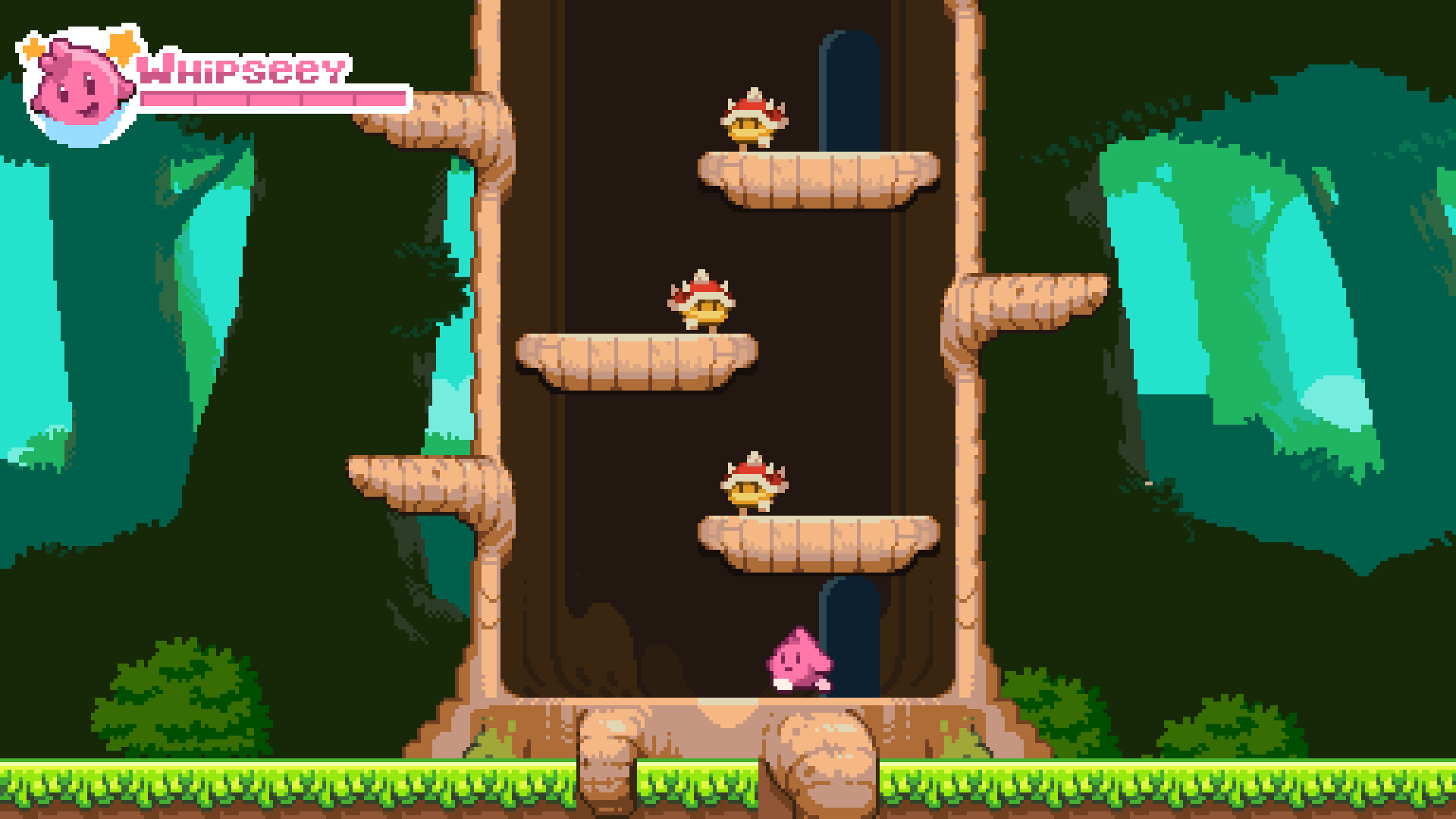 Climbing up a tree from the inside.

So now and then I would sneek in nods to other francises like kirby and mario, while the project itself take a lot more inspiration from Mr.Gimmick. 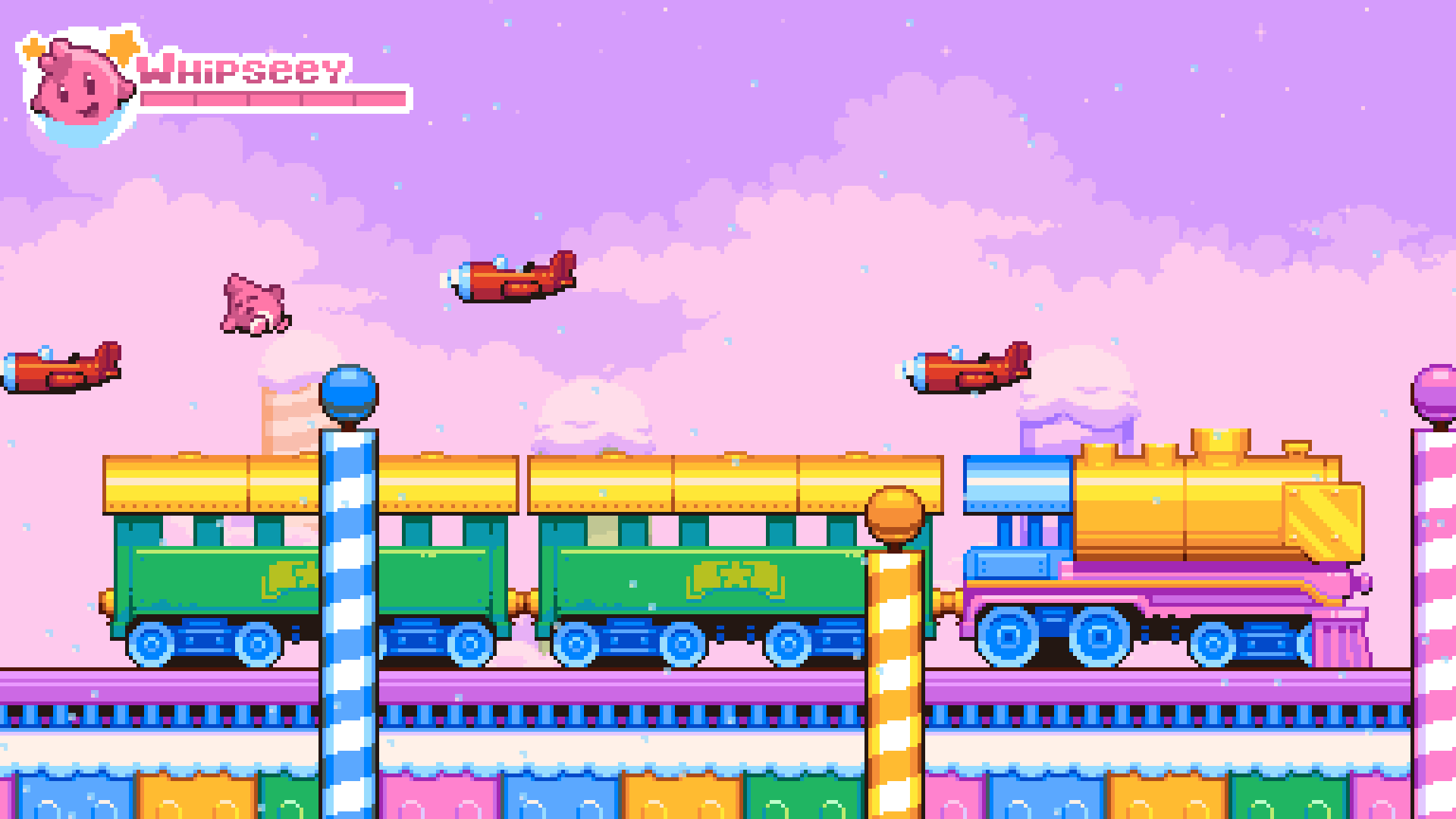 The publisher had an inhouse artist do a first pass on the key art to sell the game, but it was focusing too much on the cartoony side of the game with a cell-shaded look. I wanted to highlight the adventure and colorfull cast of enemies, so I asked if I could do the artwork instead and delivered this a week later :) 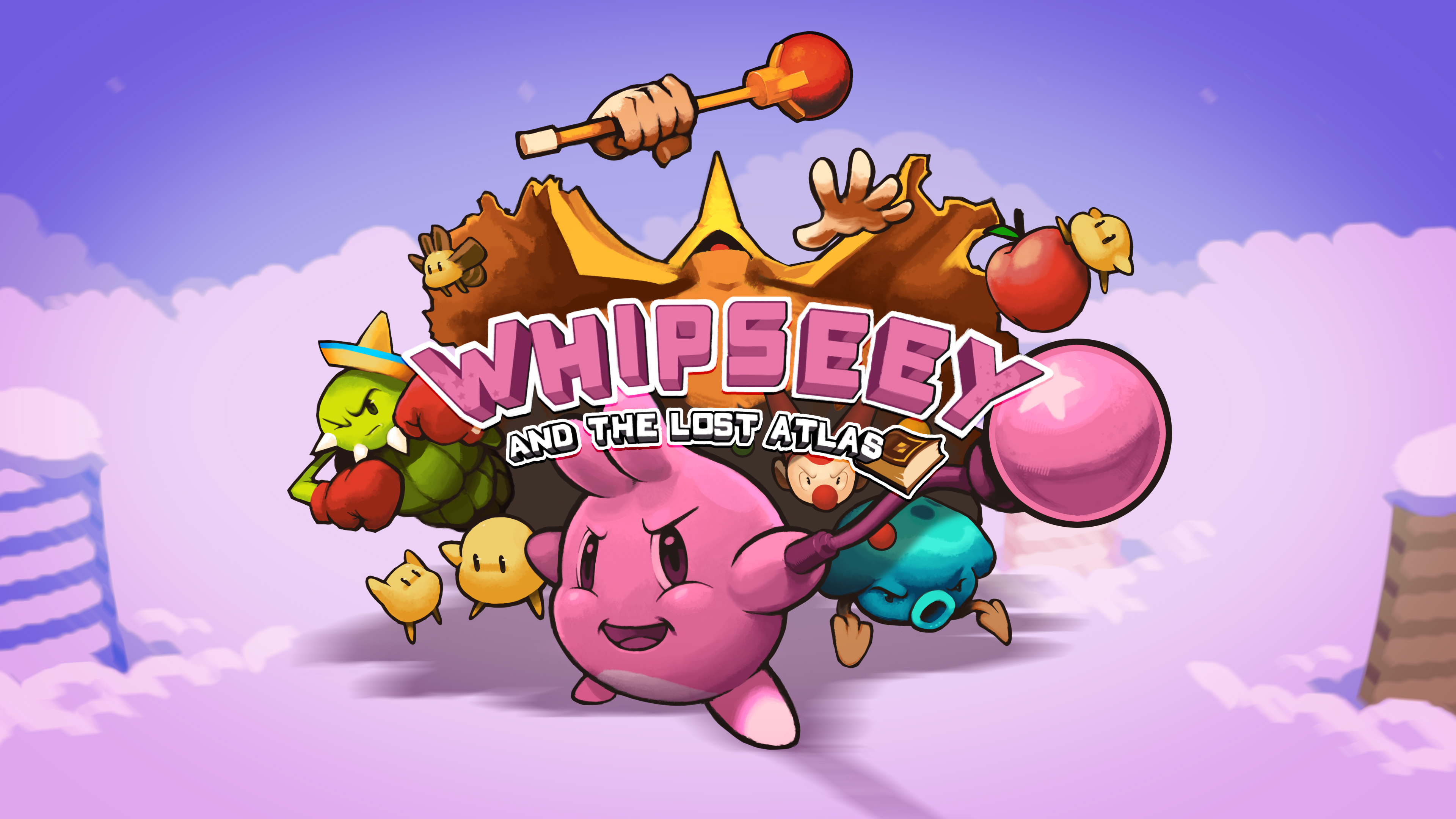 Overall this has been a very enjoyable game to work on and who knows, maybe we'll see whipseey again somewhere in the future.

Blowfish Studios
on Nintendo Switch
on Steam
on Android
on iOS