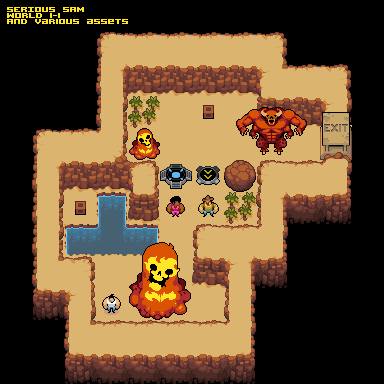 Vlambeers take on the Serious Sam property is an action turn-based RPG full of tropes from both classic RPG's, as the Serious Sam series. The player takes on the roll of Sam, as he travels to the future (where his rival will never expect him) to fight off hords of enemies.

I really had a lot of fun imagining how Serious Sam would look if it were an RPG. We started out with the first overworld and the Sam sprite. Trying to add bits from both types of games and merge them together. Creating a unified feel in which the game could take place.

The other characters were up next. We talked about having Sam sister in the game, but according to the game lore she was already supposed to have passed. So we looked through the large collection of multiplayer characters and went with the most visually attractive:

Once the basic designs were done, I continued on the in-battle graphics. The game felt pretty flat at first, so we added as much paralax as possible without it becoming to distracting. I had the most fun designing the large bosses. I probably gave Paul headaches animating these, but they look stunning in-game. 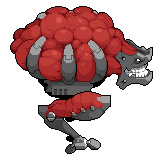 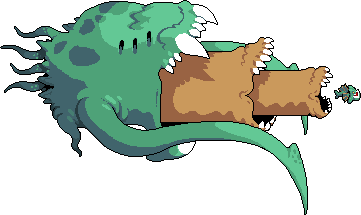 Some of the bigger bosses from the game

Overall Serious Sam: the Random Encounter is a solid game albeit a bit short. Again, I loved doing the graphics for this game. If we were ever to do a sequel of sorts I do have some changes in mind. Our game is a bit of a parody, full of RPG tropes. The game could benefit from taking things a bit more serious. There aren't much FPS/RPG's (I can only think of one at the moment), leaving room to innovate a genre with radicaly different approaches. During battles, instead of automaticly going into the equipment menu, make it an option to change weapons (like the Megaman Battle Network series). I would also love for a larger overworld to explore, with less random encounters, and more room to explore the crazy worlds of the Serious Sam Universe. 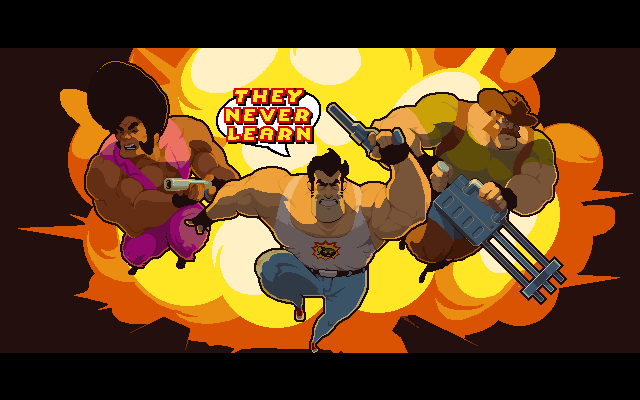 I was also asked if I would like to do the cover art for the game. We settled on a comic-book like cover, that matched my style at that time. A few days before the deadline we lost the workfiles due to a chrash and I only had a low resolution version left. It had to be scaled up and repainted within a day or so. Unfortunatly that meant I couldn't keep the more painterly shading I wanted to do. Still quite proud of the end-result though :) 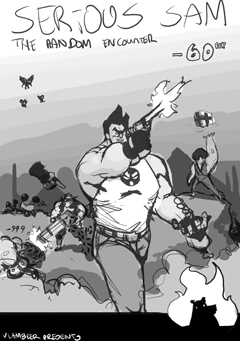 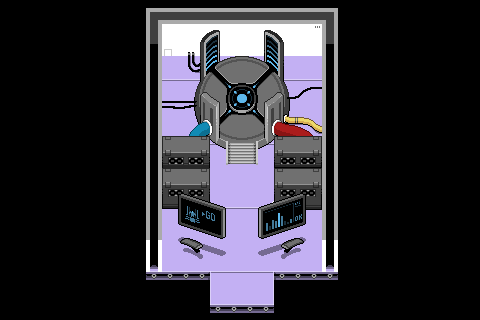